I’m a Dutch independent writer and editor, based in Rotterdam, the Netherlands, where I live with my wife and three children. I focus on thought-provoking articles that challenge readers to think differently. I also speak or moderate at public debates and conferences, mainly on energy and climate policy. 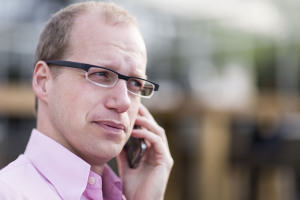 My interviews with original thinkers are published in the weekend supplements of leading daily newspapers such as de Volkskrant and Trouw. Some of my feature articles are published in Vrij Nederland, a monthly magazine. Quite a few of these articles are reprinted in leading publications in Belgium, such as Knack, Humo, and De Morgen. Sometimes these are translated into German for the “Debattenmagazin” Novo Argumente, both online and in print.

I’m the initiator, co-editor and co-author of Ecomodernisme: Het nieuwe denken over groen en groei (“ecomodernism: the new thinking on green and growth”), a book on an emerging movement of environmentalists who argue humans can protect nature by using technology to decouple our impact from the natural world. The book, published in 2017, was widely reviewed and discussed. A year later, my book De energietransitie: Naar een fossielvrije toekomst, maar hoe? (“the energy transition: to a fossil-free future but how?”) came out, analyzing the arguments on feasibility and affordability of a switch to renewables. I’m currently writing a book on nuclear energy, to be published in 2021.

I’m also part of De Bende van de Vooruitgang (“gang of progress”), a band of five writers and thinkers on stage, theatrically celebrating the progress humanity has made by applying ingenuity to problems, and defending the mechanisms that have made this possible, such as science, technology and democracy.

Before becoming a freelance journalist in 2014, I worked at various positions for The Optimist (formerly Ode), an award-winning international magazine with a version in English and one in Dutch. After joining the editorial team in 1999, I worked at offices in both Rotterdam and San Francisco, ultimately serving as the magazine’s editor.

Schrijf u in voor de nieuwsbrief